The simple story is this is an incredibly special wine. Made by my father and myself shortly after my oldest daughter was born. The wine was left untouched in barrels for 21 years to slowly mature and concentrate flavors and bottled this past September to commemorate her birth.  It is a one-of-a-kind wine that celebrates my daughter, my father, our vineyard, and the shared history we all enjoy. 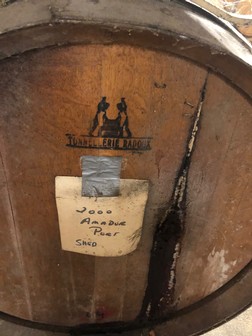 The longer story begins in the late 1970’s when my father fell in love with Portuguese Port wines and decided to graft over five traditional Douro Valley Portuguese grape varieties into our vineyard in Amador County in 1980. The goal was to produce exceptional quality vintage port-styled wines in California soils. Over the years the vision grew to include table wines and extended barrel-aged tawny ports from these exotic varieties.

Our first Tawny Port was bottled in 2000 and was made exclusively from the 1989 vintage. It was a 50/50 blend of Bastardo Port and our traditional five variety port. My dad kept a barrel of the Bastardo Port separate as an experiment. His thought was to produce a Madeira-styled wine since Bastardo was grown on the Portuguese island of Madeira before phylloxera (root louse) swept through the island killing off the vineyards and forcing growers to replant on phylloxera-resistant rootstock.  Bastardo wasn’t replanted because it was likely a low-yielding variety and a real “bastard” to grow.

My father and I took the experiment one step further in the mid-1990’s and began heating our barrel of Bastardo. Traditional Madeira is aged in naturally warm cellars over an extended period allowing the wine to gradually “bake” and oxidize over many years producing incredibly complex and indestructible wines.  The results of our experiment were stunning – Bastardo responded exceptionally well to this process evolving from an odd strawberry earthy flavored wine into a stunningly complex nutty vibrant wine.

Our original vineyard was planted n 1972 on its own-roots (Zinfandel), and by the early 1990’s was showing extensive signs of phylloxera damage. We ultimately pulled the entire vineyard out in 1995 and began a deliberate process of replanting our vineyard with updated trellising, varietal selection, drip irrigation, and rootstocks with goal of producing exceptional table and port-styled wines from Portuguese varieties.  Bastardo, along with Touriga Nacional, Tinta Cao, Souzao, Tinta Roriz (Tempranillo), Verdelho, and Alvarelhao were all selected. Alvarelhao was later identified through DNA testing to be a clone of Touriga Nacional. 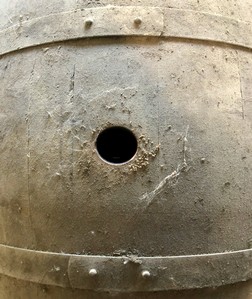 The first grapes off our new planting became our 1999 Vintage Port (black label) and was bottled in the summer of 2001.  The 2000 vintage was challenging, and we ultimately decided not to bottle a vintage-styled port but elected to continue barrel aging the wine to produce a Late Bottled Vintage style wine or a Tawny Port.

Traditionally, Vintage Ports make incredible birth year wines, and are often purchased to be enjoyed when the child turns twenty-one.  They are not for the child’s benefit, but for the aggravation the child inflicts on the parent over the course of 21 years. I decided to take the process one step further and elected to set aside 6 barrels of out 2000 vintage port and age the wines in barrels until she turned 21.

This past September we bottled our 2000 vintage port aptly named “Madison’s Blend” after my oldest daughter that was born on May 23, 2000.  It is unlike any wine we’ve produced or anyone else is doing in California.  Not only were the barrels baked at one point, but they were never racked or topped. Each barrel was essentially half full and had been hidden deep within the cellar to slowly oxidize and evolve over 21 years. The alcohol content rose from 18% to 21% as the water evaporated and the wine concentrated.  It’s an indestructible wine boasting a deep amber hue and stunning aromas that fill the room with a decadent aftertaste that lingers on the palate for minutes.

It's one-of-a-kind! Just like my father and my daughter.

PS – Bastardo is the Portuguese synonym for Trousseau, a variety native to the Jura region of France. It’s unclear how it found its way to Portugal and Madeira. We began bottling a bottling a dry Trousseau in 2012.

PPS – We produce 2-4 barrels of Bastardo Port each vintage. They are never racked, topped or sulphured and form the base of our Tawny Ports.

PPPS – I didn’t bottle all the 2000 Madison’s Blend but kept back approximately 90 gallons for a future bottling. Maybe when she gets married.

Commenting has been turned off.