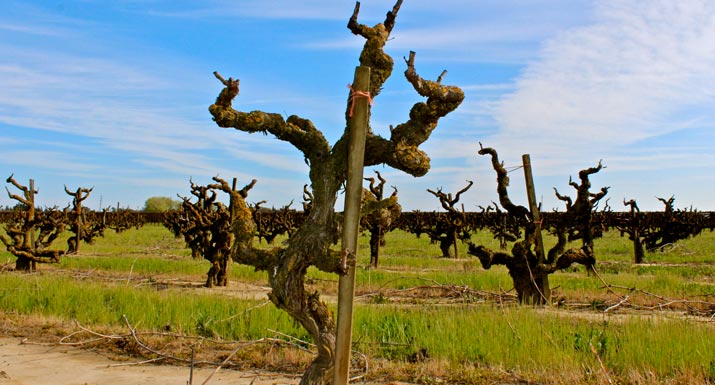 The Mother of all Zinfandels

In early 1999 my father went to Jerry Fry and suggested that they strive to make the best possible Zinfandel - a wine that would put Lodi on the map. Jerry was to choose his best vineyard block and we would spare no expense to craft the most delicious wine possible. Jerry chose an 8.3 acre own-rooted vineyard planted in 1901 in the sandy soils just south of his house. Jerry named it “Marian’s Vineyard” after his mother. At the time, Marian Mohr Fry Zimmerman was the matriarch of the Mohr-Fry Ranch farming operation. She passed away on September 13, 2007 at the age of 94, but was the inspiration and namesake for our Marian’s Vineyard Old Vine Zinfandel.

That wine became widely recognized, and the 2001 vintage was awarded the best Zinfandel at the California State Fair. Subsequent vintages have received extensive recognition and it is widely regarded as one of the most distinctive vineyards of the appellation, and has definitely put Lodi on the map.

Walking the rows of the vineyard I often find it amazing that these gnarled old vines, some filled with holes, others propped up with a weathered stake, continue to thrive and produce such wonderful fruit. It’s truly a perfect spot for Zinfandel that is only complemented by the nurturing care given by Jerry & Bruce Fry. Their efforts consistently deliver flavored-packed grapes to our cellar doors.

Considering St. Amant is my mother’s name, and Marian is the grower’s mother, this wine is often dubbed “The Mother of all Zinfandel’s!”